The Image of the King 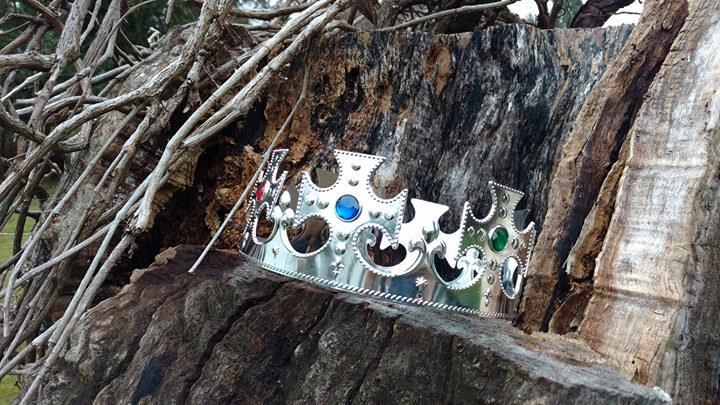 Sometimes when I look at the world we are living in, I mean really look at it, it can be hard to celebrate what we are celebrating today. Today we celebrate that Christ is our King, that he reigns. It does not feel like it sometimes, when you look at empty churches and violent streets, when you look at families torn apart and nations openly scourning the faithful, when you look at evil done unpunished and the righteous molested and violated, when you look at abusive priests and corrupt governments and churches that change their doctrines to fit their appetites, how can we then say Christ is King?

Read more: The Image of the King

Jeremiah the prophet in his days had to face a similar question: how can Yahweh be the Lord? If the King of his elect nation forsakes his word, if the people prostitute themselves to other gods, if the religious leadership makes light of the nation’s moral failings and the danger that puts them in, how can Yahweh be Sovereign? To the failed leadership of his day Jeremiah hears this:

“Woe to the shepherds who are destroying and scattering the sheep of my pasture!” declares the Lord. 2 Therefore this is what the Lord, the God of Israel, says to the shepherds who tend my people: “Because you have scattered my flock and driven them away and have not bestowed care on them, I will bestow punishment on you for the evil you have done,” declares the Lord

And in Jeremiah we have a story, a story of great woe, where the pagan nation of Babylon destroys and works wicked deeds against faithless Israel, overthrowing their leadership, their corrupt priests and king, and scatters them. In exile, without their land or their temple they come to treasure the law of God and their identity as his people. In the midst of God’s anguish he makes this promise through Jeremiah:

“I myself will gather the remnant of my flock out of all the countries where I have driven them and will bring them back to their pasture, where they will be fruitful and increase in number. 4 I will place shepherds over them who will tend them, and they will no longer be afraid or terrified, nor will any be missing,” declares the Lord.

5 “The days are coming,” declares the Lord,
“when I will raise up for David a righteous Branch,
a King who will reign wisely
and do what is just and right in the land.
6 In his days Judah will be saved
and Israel will live in safety.
This is the name by which he will be called:
The Lord Our Righteous Savior.

The Messianic promise, the Jesus promise is for a better King, not like the faithless foolish leaders of this world, but one who reigns in Wisdom, one who works Justice, one who saves his people and preserves them. One who can truly be called King, be called ours, be called righteous, be called our saviour. Sounds pretty good, for Jeremiah in his time that sounds like a good promise. I want that promise, I want it to be fulfilled.

But when Jesus comes, he does not come like the other kings of David’s line. He isn’t born in a palace but in a stable. He isn’t raised by royalty and the priesthood but by a carpenter. He doesn’t set up a court in Jerusalem but preaches in the synagogues around the nation and in the temple. He doesn’t throw out the pagan government but eats and drinks with their tax collectors and submits to their legions when arrested. The King came and dwelt among us, as one of us. And he told us parables of a kingdom that was breaking forth. He did not raise an army but lifted up the weak and the despised. He did not win battles but proclaimed the forgiveness of sins. He did not impress the holy and righteous men but told them their righteousness was empty and overturned the tables keeping God’s people from God. He cast out demons, and called us to be a new kind of people, salt and light.

He submitted himself to suffering and death, even though he alone did not deserve death. Pilate insisted that these words be inscribed above him: The King of the Jews. Look at Jesus hanging on the cross and see there your king, behold their your God. Jesus came that as the bronze serpent was lifted up in the wilderness he may be lifted up. That serpent expelled the venom of God’s judgment from his people. They faced the image of his wrath and received his mercy. We look to Christ upon the Cross, we acknowledge him there as our King and the venom of sin and death are driven out of us by the mercy of God – by his wrath there satisfied. This is Jesus come to reign. For he is a liberator first of the dead. For he returns victorious from the grave. He ascends into heaven. He casts Satan out of the heavenly realms that he may no longer accuse us, though he rages now in our midst. Jesus is subduing now, while this world wains, every enemy under his feet. With holes in his hands, Christ crucified, our King reigns.

The safety we are called to is not a freedom from trial or evil in this life. We know, it is a given, that we will have trouble in this life. Horrible trouble. We are not called to comfort or ease, we are not called to constant winning and worldly pomp. We are called to keep the faith, to wait on the Lord, to expect the return of the King. The wisdom of the cross is foolishness to this world. All evidence but the gospel may be contrary. Yet look to the Cross and receive the promise, it is not given as the world gives, you will not be taken away from the one who claims you.

It is by faith that we can see together with St. Paul, in this grotesque image of a suffering man, our King and our God. Without the Spirit’s help this cannot be seen. Pray that you may have eyes to see, that you may enter in to his kingdom.

The Son is the image of the invisible God, the firstborn over all creation. 16 For in him all things were created: things in heaven and on earth, visible and invisible, whether thrones or powers or rulers or authorities; all things have been created through him and for him. 17 He is before all things, and in him all things hold together. 18 And he is the head of the body, the church; he is the beginning and the firstborn from among the dead, so that in everything he might have the supremacy. 19 For God was pleased to have all his fullness dwell in him, 20 and through him to reconcile to himself all things, whether things on earth or things in heaven, by making peace through his blood, shed on the cross